Our time together has come to an end (at least for this series and with these actors). Whether you’re tuning in for the first time tonight or have been along for the entire ride, there’s still so much to enjoy in the last chapter of The Hollow Crown series. The wild, undisciplined prince has become king and is successful in his conquest of France.

The heir to the throne, Prince Hal (Tom Hiddleston), defies his father, King Henry (Jeremy Irons), by spending his time at Mistress Quicklyâ€™s (Julie Walters) tavern in the company of the dissolute Falstaff (Simon Russell Beale) and his companions. The king is threatened by a rebellion led by Halâ€™s rival, Hotspur (Joe Armstrong), Hotspurâ€™s father Northumberland (Alun Armstrong) and his uncle Worcester (David Hayman). In the face of this danger to the state, Prince Hal joins his father to defeat the rebels at the Battle of Shrewsbury and kill Hotspur in hand-to-hand combat.Â Michelle DockeryÂ plays Hotspurâ€™s wife, Kate Percy.

In the aftermath of the Battle of Shrewsbury, Northumberland learns of the death of his son. The Lord Chief Justice (Geoffrey Palmer) attempts, on behalf of the increasingly frail king, to separate Falstaff (Simon Russell Beale) from Prince Hal (Tom Hiddleston). The rebels continue to plot insurrection. Falstaff is sent to recruit soldiers and takes his leave of his mistress, Doll Tearsheet (Maxine Peake). The rebel forces are overcome, bringing comfort to the dying king, who is finally reconciled to his son. Falstaff rushes to Halâ€™s coronation with expectations of high office, only to be rebuffed by the former prince who has now become King Henry V.

Henry V has settled onto the throne and has the makings of a fine king. The French ambassador (JÃ©rÃ©mie Covillault) brings a challenge from the French dauphin. Inspired by his courtiers, including Exeter (Anton Lesser) and York (Paterson Joseph), Henry swears that he will, with all force, answer this challenge. The Chorus (John Hurt) tells of Englandâ€™s preparations for war, and Henryâ€™s army sails for France. After Exeterâ€™s diplomacy is rebuffed by the French king (Lambert Wilson), Henry lays a heavy siege and captures Harfleur. The French now take Henryâ€™s claims seriously and challenge the English army to battle at Agincourt. Henry and his meager forces prove victorious against all odds. 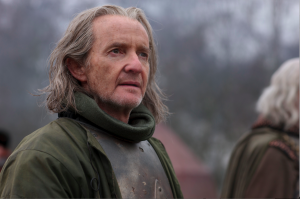 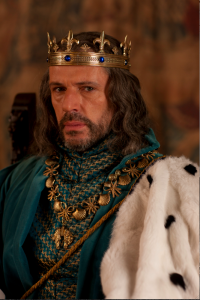 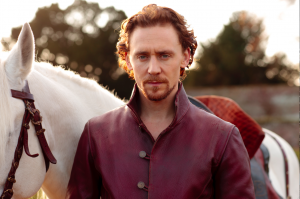 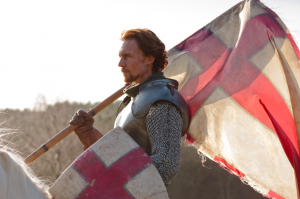 Game of Thrones Season 6 Finale Preview: “The Winds of Winter”