We’ve seen the episode and we have to admit, we loved watching Zoe, Shaw and Carter in action. ThisÂ  week’sÂ  person of interest is Warren Kole, who you may remember from The Following, Common Law or The Chicago Code. We don’t want to spoil the fun of watching the episode, but we will tease the following:

We also had the opportunity to speak to EPs Jonah Nolan and Greg Plageman about the episode and what we can to look forward to for the rest of the season. Below they discuss “Lady Killer.”

How long have you been waiting to get the ladies of the show in tight dresses in a club sequence?

Jonah Nolan: “For like 10 episodes now. From the beginning.”
Greg Plageman: “Yeah.”
Jonah: “We get pitched an episode like this pretty much every week by our writers. We were really, really excited for a chance to- we were just talking about this at Paley a few days ago. The fun thing about introducing new characters is you have new relationships. The world of the show is gonna be expanding from season one. You get a chance to see those three ladies together, which is just great fun – a sort of unique spin on what they do – putting them all in the same situation. We were just thrilled with them. Amanda Segel was the writer of the episode. She pitched a sort of team up-”
Greg: “She even snuck a kiss in there.”
Jonah: “She did. I know. She forgot our no kissing policy.”

And what did the gals think of it when they read it?

Greg: “I think they were thrilled with it.”
Jonah: “What are the chances?”
Greg: “I think they were delighted. It’s a bit of a departure in tone with that story for us, which is a lot of fun. Every time we bring Paige [Turco] back, it seems to bring a different sort of chemistry. And Sarah [Shahi] lets her hair down. It’s all over more fun too. I think everyone kind of looked at it as a little bit of a fun departure.”
Jonah: “When everyone gets to get out of the tactical clothing for an episode, which I think is also a little bit of a-”
Greg: “As long as we can counter that with Root shooting people.”
Jonah: “Yeah, exactly.”
Greg: “We’ll do alright.”
Jonah: “We reach a kind of balance.”

Reese and Finch enlist the help of Carter, Shaw and Zoe Morgan, who use their feminine wiles to bait a chameleon playboy who is either a predator or someone elseâ€™s imminent prey. Meanwhile, The Machine helps Root to plot an escape from her psych ward confinement before a dangerous enemy can track her down.

Person of Interest airs Tuesdays at 10/9c on CBS.


Lady Killer Trailer / Behind the Scenes: 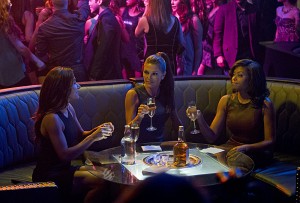 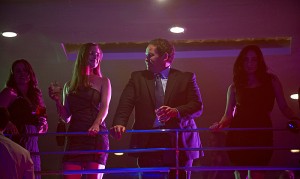 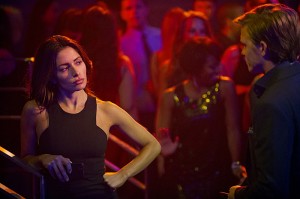 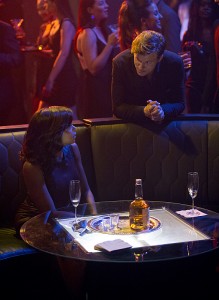 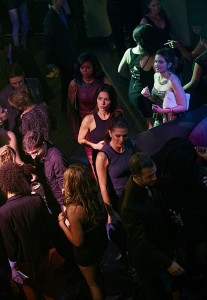