If I’m being completely honest the last scene of the first season finale was too soapy for me. My main complaint: you saw it coming from a mile away. I’m excited to see how the aftermath plays out though – wait until you see the 2nd preview below – and how Rayna’s condition affects not only her family but her career. There’s a lot I’m looking forward to and a few things I’m not. Even though I really like Scarlett and Gunnar as a couple, I don’t understand why he proposed. It’s too early. I know you love her Gunnar, but damn it man. Peggy’s pregnancy is a surprise, but I’m curious to see that play out. I can’t wait to learn more Rayna/Deacon backstory, especially set against their present-day situation. I’m still not an Avery fan, but I do like that he’s trying to redeem himself. And what about Juliette? You know she’s my favorite. I can’t wait to see what kind of trouble she gets into this season.

What to Expect in Season Two:

In last season’s finale, Rayna and Deacon’s final moments left their lives hanging in the balance. But one thing is certain… their relationship will never be easy. Rayna will continue to be driven by her desire to expand upon her music empire, signing new talent and going head to head with a new label chief. Juliette is poised for a fresh start after her success was briefly mired by her short-lived marriage, an extortion plot, and the shocking death of her mother. As she continues to work towards shaping her sound and style, she’ll discover there isn’t a lot of room for error as emerging artists continue to nip at her heels. Deacon’s fall from grace will force him to evolve from his role as band leader to a position outside of his comfort zone. The question is whether or not there’ll be enough time to commit to his most important role of all…being a father.

With Rayna’s record label backing her, Scarlett is still seeking out that magic she harnessed with Gunnar. Is Scarlett a flash in the pan? Or will she self destruct before she’s had her moment in the spotlight? Gunnar is tragically aware that his window to stardom is beginning to close and that he’d better get his head back in the game. Did he ever really have what it takes to be a headliner or songwriter? Avery has had it all and lost it all. This time he’s made an unlikely ally, and nothing is going to keep him down or prevent him from getting back on that path to stardom. Teddy’s life has been turned upside-down since his break with Peggy, but nothing prepared him for how far she would be willing to go to get what she wanted.

“Music City” can mean so many things to different people. In Nashville, musicians and songwriters are at the heart of the storms driven by their own ambitions. Some are fueled by their creativity and passion for fame, others struggle to cope with the pressures of success and doing everything in their power to stay on top.

After the crash, Rayna is in a coma and Deacon is left to wait on his pending jail sentence. Teddy is still shell-shocked about Peggy’s pregnancy and struggles to understand where he belongs – is it by Rayna’s side with his daughters? Meanwhile, Maddie grapples with the revelation that Deacon is her father. Feeling alone she turns to Juliette, unwittingly revealing the details of what happened before the traumatic crash. And Gunnar and Scarlett’s relationship becomes even more complicated after the proposal, so they turn to their friends Will and Zoey for support. 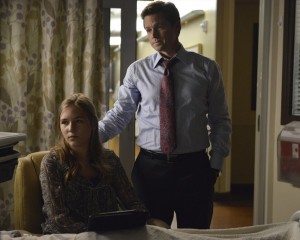 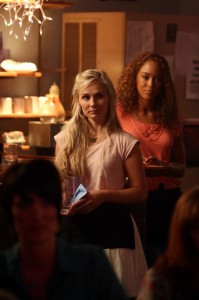 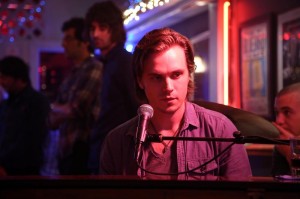 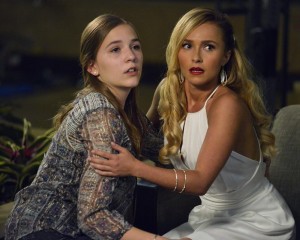 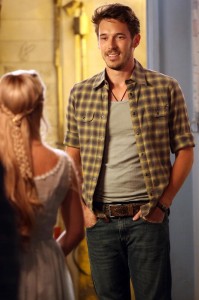 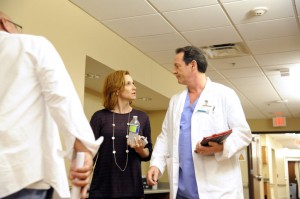