I’m going on record to say that this was the quickest Summer TV season ever. Remember when the summer hiatus used to last what seemed like forever? Not anymore. Probably because networks no longer take the months of June, July and August off.

Regardless of this fact, we’re now transitioning to one of the most exciting times for any fan of the small screen. Fall TV is underway. One of my first impressions? I’m seriously scared of Tuesdays. It has to be one of the most crowded nights of the week. Crowded is an understatement. Tuesdays are overloaded with quality TV shows.

In fact, starting tonight, three of my favorite comedies premiere. New Girl kicks off season three while The Mindy Project unloads season two. And if you have room to fit one more comedy on your DVR, please let it beÂ Brooklyn Nine-Nine. It was one of the biggest surprises for me, personally.

Now, I only kinda sorta know Andy Samberg from his Saturday Night Live stint. I caught some of his Digital Shorts online (i.e. D–ck in a Box = awesome). But for the most part, I wasn’t watching much of SNL during the Andy Samberg era.Â So I didn’t quite know what to expect from his new series. After watching the pilot, it became one of my favorite shows of the fall.

Brooklyn Nine-Nine Synopsis:Â A workplace ensemble comedy about what happens when a talented, yet carefree police detective and his diverse group of colleagues get a tough new captain with a lot to prove.

All right. Normally, I’d give a show like this a Watch Live rating. But because this show is airing on Tuesday nights, it’s getting a Watch Later on DVR. Sorry, Samberg. Almost everything I watch on this stellar night of TV is getting DVR’d. It’s going to take me days and days to get through all those episodes.

But Brooklyn Nine-Nine is one I plan to keep up with. Right now, Samberg is fabulous. And I’m loving Andre Braugher and Terry Crews. I never thought of the Emmy-winning actor being on a comedy. But Braugher totally works on this show. It’s official. He can do everything. I’m going to play wait and see on the rest of the cast — will I fall in love with them like I did with the casts of New Girl and The Mindy Project? I hope so. Here’s the lowdown on where you’ve seen some of the Brooklyn Nine-Nine actors before: 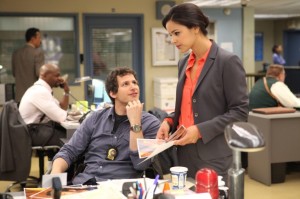 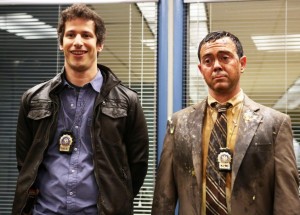 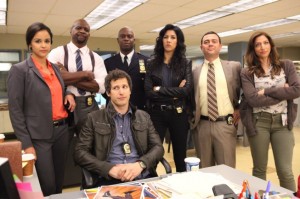 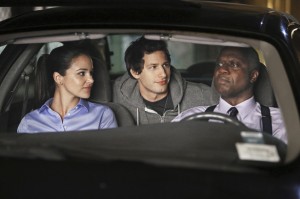 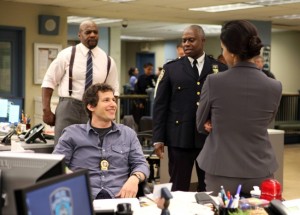 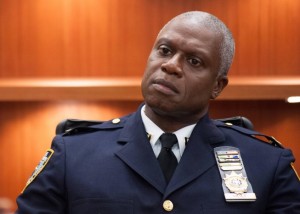 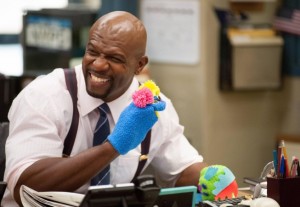