The drama is getting good on USA Network’s Graceland.

But it’s also getting a bit painful to watch. Why? It might be because of my refusal to believe Briggs is betraying anyone despite the fact that he’s Odin.

Synopsis for “Smoke Alarm”:Â Bello’s (guest star Gbenga Akinnagbe) last strike to the Caza Cartel sets a war in motion that Graceland now needs to stop. While on her hunt for Odin, Charlie (Vanessa Ferlito) meets an unusual ally and Briggs (Daniel Sunjata) comes face to face with the past.

After watching the episode airing tonight, I don’t feel I can give you guys a proper clue about anything without giving everything away. But I’m going to try anyway:

1. I have no idea how Briggs is going to get himself out of this hole he’s in.
2. Charlie’s still suspicious.
3. Mike does something I’ve been waiting for him to do.
4. Some blanks are filled in.
5. Someone sends a message to Bello that’s not cool. As a matter of fact, it’s pretty gross.
6. I love the Johnny/Charlie friendship. They are flirtatious but in a cute nothing’s ever going to happen between them way.
7. I like how Paige tries to connect with Mike.
8. There’s a little bit of shirtlessness and skin showing in the beginning of the episode (see clips below).
9. The ending is insane.
10. You have to watch this episode sooner rather than later. Don’t let it sit on your DVR for too long. 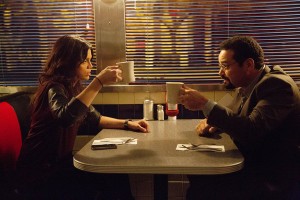 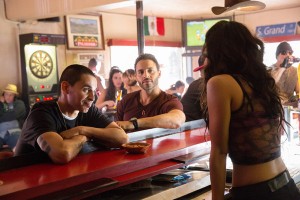 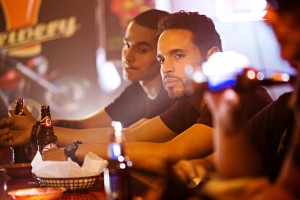