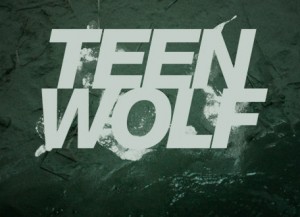 The latest group of people in danger of being sacrificed are “healers.” I love that Scott and Isaac were protecting Scott’s mom, even if they did fall asleep on the job. She saved Danny, so she could’ve been in danger but it turns out Deaton is the one who’s taken. He does manage to alert Scott before he disappears though and the gang helps track down his location. But there are a lot of other interesting developments in the episode. Let’s review.

Scott thinks it might be time to clue the senior Stilinski in to what’s really going on in Beacon Hill. Stiles is worried about losing the only remaining parent he has. But the guys seem determined to come clean until Deaton’s sister shows up and puts a stop to that. Maybe that’s a good thing. People who know too much tend to end up in constant danger.

Scott and Allison have an intimate momentâ€¦in a closet

Ah, young love. Even though Scott and Allison continue to fight their attraction (and love) for each other, Scott’s body is rebelling. Close quarters can do that to a person. What starts out as kind of funny and a bit embarrassing gets a little heated when they decide maybe it’s time to act on those feelings. But they are hiding in the closet for a reason and keeping quiet overrules their need to make out. Dammit.

We discover the real reason Deucalion is interested in Scott

Once every one hundred years or so, a true alpha earns his status. He doesn’t take Â or steal his power from anyone else, he earns it all by himself through force of will. When Scott tries to save Deaton we see his eyes turn red. And we know Derek is alive and well so Scott isn’t going all alpha because of that. Scott has it in himself to become a true alpha and that’s what Deucalion is really after. It makes me wonder what kind of power Scott will once that happens. If the opening credits are anything to go on, we know at the very least he’ll be telekinetic.

I think we all knew someone from the pack would meet their maker tonight. I’m sad it had to be Sinqua Walls‘ Boyd, but I think part of him was happy to join Erica in the afterlife. And how nice was it to see Gage Golightly in this episode, however briefly? What is this going to do to Derek? He was forced to kill Boyd and assume his powers. But what about the guilt? Boyd forgave him before he died, but I think Derek’s going to have some demons to fight off. Now that Jennifer has seen the “real” Derek, what is that going to do to their relationship? And were you as excited about that Stiles/Derek moment as I was?

I’m looking forward to seeing where all this “true alpha” business goes. I like that we still don’t know what Lydia is – other than not psychic. Even though the Argents are trying to keep themselves out of werewolf business, they’re always getting drawn back in. Will they get the answers they need from Gerard? How many more people with the dark Druid kill before we find out more? When will Stiles lose his V card? I don’t necessarily need any of these answers any time soon, but they are fun to ponder.

Finding Carter “Shut Up and Drive”