The Newsroom Season 2 Preview: “First Thing We Do, Let’s Kill All the Lawyers” [VIDEO] 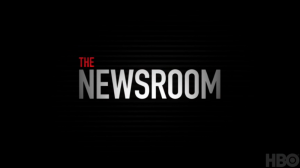 The much-anticipated season two premiere of HBO’s The Newsroom is here. Depending on who you talk to the Aaron Sorkin drama is either highly acclaimed or beyond maddening. Whatever side you come down on, it’s definitely one of television’s most watercooler-worthy shows. Here’s what HBO has to say about the returning series:

In tonight’s premiere — “First Thing We Do, Let’s Kill All the Lawyers” –Â Will and the staff are questioned by their lawyer about an ACN story that’s become a network crisis. And if you watch the trailer below, actress Marcia Gay Harden is part of the action and returning are Jane Fonda and Chris Messina,Â who can also be seen on FOX’s The Mindy Project.

Will you be watching? If so, will it be love-or-hate watching?

The Newsroom‘s season two debuts at 10/9c on HBO.

An Invitation to the Set