One of the most anticipated premieres of the summer has to be CBS’ Under the Dome. It’s based on the best-selling Stephen King novel and, quite awesomely, King is one of the producers for this 13-episode drama.Â We’ve seen the pilot and it’s good and scary.

According to CBS, Under the Dome “is the story of a small town (Chester’s Mill) that is suddenly and inexplicably sealed off from the rest of the world by an enormous transparent dome. Â The townâ€™s inhabitants must deal with surviving the post-apocalyptic conditions while searching for answers to what this barrier is, where it came from and if and when it will go away.”

This show has the necessary elements to become a success. 1. The fear factor is definitely present. This is Stephen King. Expect some gross out moments in the series premiere. 2. The mystery is set up well. We’re dying to figure out why this dome appeared. And, no, we haven’t read the book. 3. We already like the cast. It helps that some of them are very familiar faces.Â Jeff Fahey (Frank from Lost),Â Rachelle Lefevre (Twilight, Off the Map), Mike Vogel (Pan Am, Bates Motel), Aisha Hinds (Cult, True Blood, Dollhouse), Natalie Martinez (CSI: NY, Bates Motel) and Dean Norris (Breaking Bad) are all in the pilot. So is Britt Robertson from Life Unexpected and The Secret Circle fame. And if you’re wondering who plays Britt’s younger brother on the show — it’s Colin Ford. Supernatural fans know him as the Young Sam Winchester. He was so good in the episodes that required some Winchester flashbacks. And where have we seen Nicholas Strong before? On ABC’s Nashville where he played Avery’s friend/bandmate JT. So glad he’s on Under the Dome. Hope he gets a lot to do. Also spotted in Chester’s Mill: Beth Broderick from Sabrina, the Teenage Witch and Samantha Mathis (Pump up the Volume).

We’re also looking forward to learning more about the characters. So far, Mike Vogel’s Barbie (yes, his name is Barbie. Well, it is actually Dale “Barbie” Barbara), is one of the most intriguing individuals trapped in this small town. You’re not going to believe what he was doing right before the dome dropped. Dean Norris’ Big Jim Rennie is someone that’s piqued our interest as well. We’re definitely on board for this summer series.

Under the Dome premieres Monday night at 10/9c on CBS. Below is a UtD starter kit, if you will. Some videos that include clips and interviews as well as photos from the pilot.

Under the Dome Preview

Under the Dome featurette 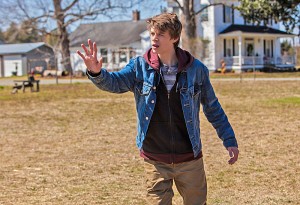 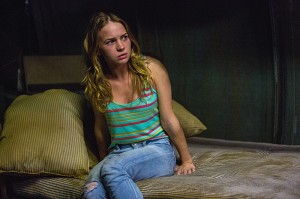 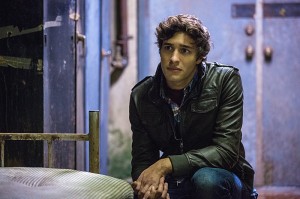 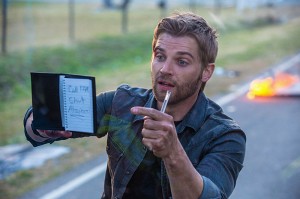 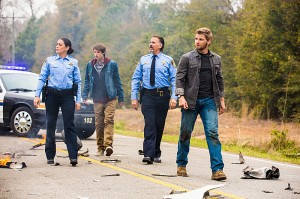 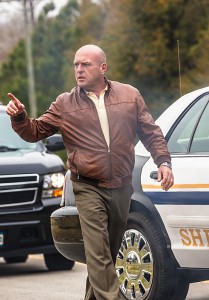 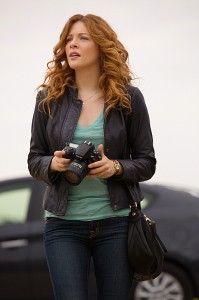 Moments of Goodness: Holder and Linden Partner Up in The Killing