Before I get to the show I want to say that with a lot of class Tom and Brooke acknowledged the Boston bombings.Â  Alyâ€™s home town is Boston and she dedicated her dance to everyone there.Â  The best thing about a show like DWTS is that in rough times sometimes you need something fun to take your mind off of things.Â  So letâ€™s get back to the showâ€¦

This week “Len’s Side-by-Side Challenge” had the couples dancing alongside returning pairs of pros for comparison, including Maks Chmerkovskiy, Tony Dovolani, Tristan MacManus, Chelsie Hightower and Anna Trebunskaya. Â I wasnâ€™t sure how it was going to play out but I think it made all the couples even better than they were.Â  Here is what I feel are the highlights: 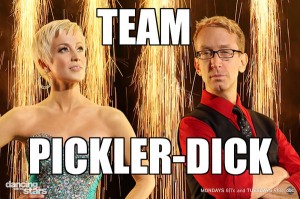 It was announced that next week all of the couples will be dancing to the music of Stevie Wonder and he will be singing it live!Â  Yeah, Iâ€™m happy! Till thenâ€¦. 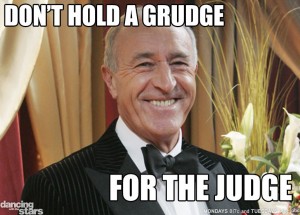