A lot happens week toÂ week in terms of TV news. An actor we love is cast in a project we can’t wait to watch, a great series gets picked up for another season, or we find out premiere (or finale) dates for shows we watch obsessively. This week there was a lot of good stuff. Below we’ve picked our Top 5 News Stories of the Week:Â 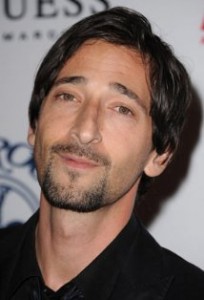 Adrien Brody to star in HISTORY’S miniseries on Houdini

You had us at Adrien Brody. Then you had us again at Houdini. Although this is still technically in development, we’re including it in the hopes that it goes forward. Why? There is just something so enduring and intriguing about master illusionist Harry Houdini. After HISTORY’S Â success with both The Bible and Hatfields & McCoys, our expectations are high. We know they won’t let us down.

A&E’sÂ Those Who Kill ordered to series

We decided we enjoyed seeing ChloeÂ SevignyÂ on the small screen after watching a little gem of show called Hit & Miss. She’s also guested onÂ Louie,Â American Horror Story,Â Portlandia, andÂ The Mindy Project.Â We’re less familiar with Brit James D’ArcyÂ but we have enjoyed him in such shows as Secret Diary of a Call Girl and The Closer. So when we heard Those Who Kill had been picked up, we got excited. The show is about Sevigny’s Catherine Jensen, aÂ freshly minted and incredibly smart police detective who tracks down serial killers. She recruitsÂ D’Arcy’s forensic psychiatristÂ Thomas SchafferÂ to help her get into the minds of serial killers, while luring him into her own personal investigation of her stepfather.Â It’s not a procedural (although we’d be just fine with that), but instead a character drama about these two deeply damaged individuals. Production on the series begins this fall.

FX releases the first footage for The Bridge

Demian Bichir and Diane Kruger play two detectivesÂ who must work together to hunt down a serial killer operating on both sides of the U.S.-Mexico border. Bichir’sÂ Marco Ruiz is a deeply devoted family man and homicide investigator for the state of Chihuahua, Mexico. Surrounded by aÂ corrupt and apathetic police force that is outgunned by the powerful drug cartels, he’s painfully aware that his city is in a state of chaos. Kruger’sÂ Sonya Cross is a dogged detective with an undiagnosed disorder that falls on the autism spectrum. Candid to the point of being off-putting, she is also highly effective at her job. The Bridge premieresÂ this summer.

We aren’t exaggerating when we say we will watch anything and everything this man does. We’ve (obviously) been huge fans since Doctor Who and enjoyed most of Torchwood. More recently, we’ve been watching him asÂ Malcolm MerlynÂ on The CW’s Arrow.Â When we heard he’d be in an upcoming episode of Scandal (and directly from Shonda Rhimes), we may have done a happy dance. We don’t care who he’s playing, but we know it’ll be good. He appears in the penultimate episode of this season, airing May 9th. 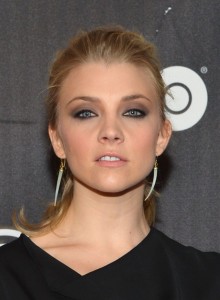 We’ve loved her in everything from The Tudors, to The Fades, to Game of Thrones. But when we found out she’d been cast as Irene Adler that brought our level of appreciation for this iconic character to a whole new level (and it was already quite high). She doesn’t appear until May 9th – which we know is soon – so that will give us time to prepare ourselves. We can’t wait to see what she does with the role.

Any news you learned this week that has you excited? Please feel free to share.

Castle Preview: "The Fast and the Furriest" [PHOTOS]

8 Things That Made TV Goodness Happy This Week