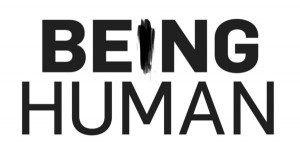 OK, this is it. the season three finale of Syfy’s Being Human hits airwaves tonight. And with an (awesomely scary) episode title like “Ruh Roh,” you know there are going to be some devastating things going down, right?

Synopsis for “Ruh Roh”: While Aidan deals with Kenny, Liam pops up on Josh & Nora. A blast from the past surprises everyone. And, Sally faces off with Donna again.

What else to expect: What I’ve learned from watching Being Human is that everyone needs to be careful what you wish for because you’ll get it. Problem is, you’ll get it in the darkest and most twisted way possible. I feel like every character learns that lesson on this show at some point. I’ve also learned that happiness is very fleeting. You get like two seconds of it then the next obstacle is hurtled your way making your life worse than ever before. By the end of the episode, expect all four characters to be propelled into either a new story or a deeper, darker version of the one they’ve been playing out this season. At times it doesn’t feel like a finale but make no mistake. It is. So, yes, expect a major episode ending cliff-hanger that’s definitely going to make the hiatus a slow and painful one. I think it’s a really good finale to what’s been my favorite season of Being Human.

The season 3 finale of Being Human airs tonight on Syfy at 9/8c.

Vikings Shocker: A Major Death in "Burial of the Dead"