Dancing with the Stars: Season 16, Week 2

Â Itâ€™s week two of Season 16.Â  Instead of going through everybody, I want to discuss two things.Â  First, I am really impressed with Andy Dick.Â  Â Â Itâ€™s nice to see someone really make strides, especially someone who has struggled with sobriety most of his life.Â  I also think that the judges are being too hard on him. (I said this last week and itâ€™s still an issue).Â  Another new dance was introduced this week, Jazz. Â Andy and his partner, Sharna performed a Mad Hatter/Alice in Wonderland Jazz dance that was perfect for them.Â  It was fun, crazy, and really entertaining.Â  Sheâ€™s has really done a great job with him.Â  I applaud them and hope they make it the finals!Â

Second, Dorothy Hamill, you are a class act!Â  She had been struggling and wasnâ€™t allowed to rehearse with Tristan in full capacity because she was hurt.Â  They were safe.Â  But right before the lowest scoring couples (Lisa or Victor) were about to find out which one was going home, Tom had something for the audience to find out about.Â  He called Dorothy and Tristan out to the floor and Dorothy announced that because of a very serious spinal injury her doctor recommended that she not dance because it could cause irreparable damage.Â  So she withdrew from the competition and it gave someone a reprieve.Â  Because she could not give the run for the mirror ball 100% she wanted to make sure someone that can has the chance.Â  Maybe she will come back when she is better, but that showed people that sometimes you just have to take care of yourself first.

Next week the theme is Prom Night and I canâ€™t wait! See you next time. 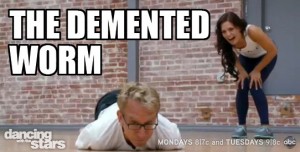 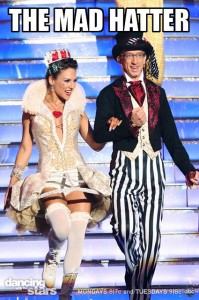 The Walking Dead Season Finale Preview: "Welcome To The Tombs" [VIDEO and PHOTOS]

Dark Matter “Give It Up, Princess”