[Warning: Spoilers for the latest Top Chef including who was eliminated and who is still in the competition]

I’m absolutely stunned and perplexed at the latest elimination on Top Chef. I just don’t get it. I thought I heard the name wrong. Unfortunately, I didn’t.

Micah was sent packing instead of Josie. Does Josie really make things that much more interesting when she’s around? I know, I know, the judges treat each challenge as its own entity. They don’t factor what a chef has done previously in the competition into the mix. I get it. I don’t always like it, but I get it.

Having said that, it definitely seemed like the judges weren’t happy with Micah’s dish. His raw food concept didn’t connect with them. He didn’t get to plate exactly what he wanted to — the store didn’t have the beef tenderloin he needed to make the surf-and-turf dish he had originally intended. And it’s clear, he should have been in the bottom with the smorgasboard of raw fish on a bed of raw veggies he servedÂ those in attendance. The judges thought he did C- work.Â Just from looking at his dish, it didn’t seem like he did enough to impress anyone.

However, what the judges had to say about Josie’s contribution to the elimination challenge seemed much worse to me. They admitted to liking the concept. It didn’t seem all that original to me but I’m all for Cuban cuisine done Miami style. Tom Colicchio, once again, had to refer to The Josie Show, because the chef had to break out her song-and-dance routine to distract everyone from the fact her dish took a while to get to the plate. The judges looked impatient. That’s not good, right?

As for the actual food, the judges felt Josie’s pork was dry and flavorless. Gail actually said the pork was “almost inedible.” Tom thought her dried-out pork was as “hard as this table.” Josie commented about how she got some good feedback from the diners. Is that what saved her? Because I would like to know. It always seems like Josie’s saved for whatever inconceivable reason. At this point, I would like to know specifics. I love the judges and I do have faith in them. But there’s no way Josie should be around to compete in Restaurant Wars. C minus work is definitely better than “almost inedible,” right?

Save a Chef Voting 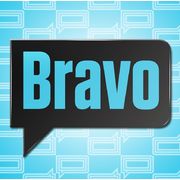 Chicago Fire "Under The Knife"

Bravo’s LOLwork “Coffee is for Closers”