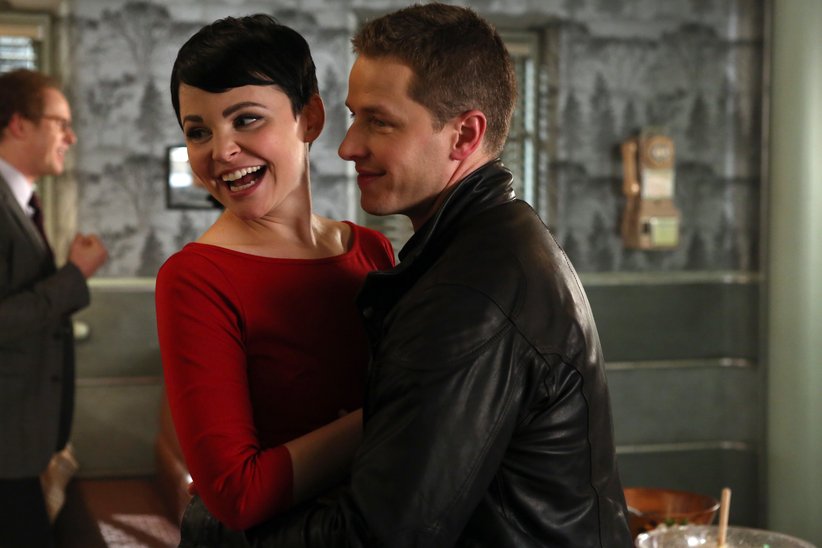 The winter hiatus is officially over — it’s time to get back to strategizing and setting up tactical maneuvers in order to make sure our DVRs record every one of our favorite shows. Sunday night TV is easily one of the best and most crowded nights of the week. Here are six shows that we’re making our priority tonight:

Show: Once Upon a Time

Network/Time: ABC @ 8/7c
Synopsis:Â “The Cricket Game” – Regina is accused of murdering one of the town’s most beloved fairytale characters — but only Emma senses that she may be innocent. Meanwhile, back in the fairytale land that was, after capturing the Evil Queen, Snow White and Prince Charming set about planning her public execution in order to rid the land of her murderous tyranny.
Why We’re Excited: We’re just happy this show is back from hiatus. Finally, we can see Snow and Charming reunited. Dear Show: Please tell us they get to be happy for more than a minute. Inquiring minds want to know. And while the whole Regina/Emma business intrigues us, we can’t wait for the fairytale land flashbacks. Evil Queen vs. Snow White scenes always make for entertaining television.

Network/Time: ABC @ 9/8c
Synopsis:Â “Power” – Victoria begins plotting a scheme which, surprisingly, involves Emily, while Emily locks in on her next target, and Declan discovers something that may threaten the future of the Stowaway.
Why We’re Excited: Victoria plotting a scheme that involves being somewhat nice to Emily? Sign us up. It looks like things are making way for an Emily and Daniel reunion. We’re hoping that doesn’t leave Aiden out in the cold too long. Not too excited about the Declan stuff, however. We’re loving the presence of JR Bourne [Teen Wolf] and Michael Trucco [Battlestar Galactica, Fairly Legal] but we’re not loving the storyline. Maybe tonight will change our minds?

Show: Happy Endings
Network/Time: ABC @ 10/9c
Synopsis: “Fowl Play/Date” – After Brad and Penny accidentally break Alex’s beloved childhood memento, they try to glue it back together. But they go from just being clumsy to “birderers” after Tyler, Alex’s racist parrot, keels over and dies from the glue fumes. Can they cover up the crime before Alex returns from her Rom-Com Con? Meanwhile, Jane and Dave try a little too hard to find a match for Max.
Why We’re Excited: Just look at the clip below and you’ll know why. These six friends are totally cray cray and we love them for it. It’s great when they mix up the pairings and it looks like we’re getting some Brad and Penny goodness. Can’t wait. Hopefully, there will be anÂ awesome Brad and Jane moment, too. Every episode needs one because they are one of the best (and most fun) couples on the small screen.

Show: Don’t Trust the B—- in Apt. 23
Network/Time:Â ABC @ 10:30/9:30c
Synopsis:Â “Paris…” – June is nervous and excited about starting at Harken Financial. Things go surprisingly well, and she even meets an incredibly nice co-worker, Fox Paris. Chloe warns June, though, that she shouldn’t be so trusting and that Fox is probably just keeping her enemies close. Meanwhile, Mark looks to James for help in expressing his newfound feelings for June.
Why We’re Excited: Anytime this show is on we’re excited. And it’s highly cool that we’re getting a double dose of both Apt. 23 and Happy Endings this week (SundayÂ and Tuesday) since ABC shelvedÂ 666 Park Ave. One of our absolute favorite reasons to watch this show? James Van Der Beek. He’s helped make Apt. 23 must-see TV.

Apt. 23 Clip: June’s clueless about her new “friend” at work

Network/Time: CBS @ 9/8c
Synopsis:Â â€œBoom De Yah Daâ€ â€“ Willâ€™s latest case â€“ which could net the firm millions â€“ hangs in the balance as Alicia navigates Louis Canningâ€™s attempts to delay a deposition crucial to Willâ€™s argument. Â Meanwhile, Will and Diane make a stand against Clarke, and an old foe complicates things for Eli.
Why We’re Excited: Are you kidding? We’re still waiting to see the status of Alicia and Peter’s relationship. Can’t wait for life without Kalinda’s hubby. And, of course, there’s the state of Lockhart Gardner as Will and Diane face bankruptcy. If that’s not enough, there’s a ton of guest stars in “Boom De Yah Da”: Michael J. Fox and Anika Noni Rose return. Grey’s Anatomy alum T.R. Knight, Law & Order: SVU alum Tamara Tunie and Homeland‘s James Rebhorn will all be on hand for tonight’s festivities.

Network/Time: PBS @ 9/8c — check local listings
Synopsis:Â Wedding guests descend on Downton Abbey, where disasters â€” large and small â€” threaten. One is Coraâ€™s freewheeling American mother, who tries to loosen up her in-laws.
Why We’re Excited: 1. It feels like forever since Downton Abbey season 2. The anticipation has been killing us. 2. Shirley MacLaine joins the show in season 3. To have both MacLaine and Maggie Smith on the same show…well, it’s an embarrassment of riches. 4. We’ve been spoiled to couple of the major happenings of this latest season. So we’re happy we’ll finally get to see all of it for ourselves.