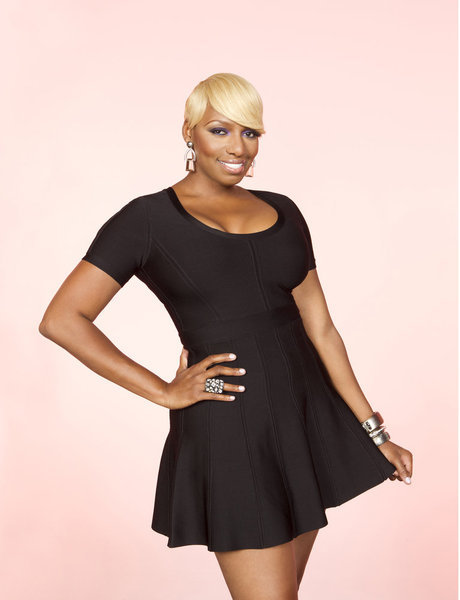 Do You Miss Your Television Programs Too?

Iâ€™m a television junkie. My boyfriend shakes his head at my choice in programs, but thatâ€™s only because he has the worst taste in television.

In the absence of Nashville, Scandal, The Vampire Diaries, Happy Endings, Modern Family and Greyâ€™s Anatomy, Iâ€™ve been catching up with The Real Housewives of Beverly Hills, The Real Housewives of Atlanta, and Battlestar Galactica. Hereâ€™s a rundown on my thoughts on this entertainment during the winter hiatus.

Although Camille Grammer and Lisa Vanderpump are my favorites, itâ€™s Kyle and Kim who make the show.Â  Now that Kim is sober, itâ€™s nice to see that the sisterly rivalry is still going strong and Kim ruins Kyleâ€™s husbandâ€™s party when she drops a bomb. So there was a dinner party where Kyle (damn she stirs the pot) asked Brandi (who is all kinds of drama) why she and Adrienne didnâ€™t get along. Itâ€™s because Adrienne lies and Brandi, who suffers from diarrhea of the mouth, spilled a secret that wasnâ€™t hers to spill (whatâ€™s new) and it was so hot that in the â€œreal worldâ€ lawyers were called, the show was edited by Bravo so that the secret didnâ€™t get out, and the internet is buzzing with speculation about what could be so bad that even Bravo shut it down (first time ever, I believe).

Anyway, when Adrienne and her husband were walking into Kyle and her husbandâ€™s business open house, Kim took them aside and dropped the 411 on Brandiâ€™s faux pas and all hell broke loose and it was delicious!Â  OMG I was waiting for people to start swinging.

The best part were all the side bickering that started. Some people were on Brandiâ€™s side (how dare they attack her; and the language, well, I never!), some on Adrienneâ€™s side (how dare Brandi share such a personal secret), Taylor made it all about her (well, this group is known for telling secrets â€“ more on this below), and then Kim and Kyle had a little session as Kyle once again felt the need to take Kim to task. Doesnâ€™t she get tired of bossing her around? Jeez!

Back to Taylor, I love love love how she STILL wonâ€™t admit that sheâ€™s the one who told everyone about her abusive husband; she got that ball rolling and then flipped out whenever anyone brought it up afterwards as if it was this dark secret. Someone needs a hug (and a close up). Did I say Kyle and Kim make the show? Taylor does a damn good job too. She truly knows how to entertain.

My favorite moment is when Lisa V rolls her eyes at Kyle (yet again) and sighs. The message she delivers in just a look and a sigh speaks volumes.

The Real Housewives of Atlanta

NeNe is still the star and is the only reason why I checked out her show The New Normal. She was amazing on Glee last season. I love this woman. And sheâ€™s surprisingly mellow nowadays, but still asks the questions that I want to know that keep the show moving.

Iâ€™ve noticed that Kim is absent from the show.Â  She wasnâ€™t really a big story anyway, so hereâ€™s wishing her the best. Two new ladies that Iâ€™m enjoying are Kenya and Porsha. The Carribean trip was amazing and I got several giggles out of watching these Southern Belles.

The other ladies seem to be sitting back and watching the show.

My favorite moment is when Kenya yelled â€œSecurity, Securityâ€ when one of Cynthiaâ€™s employees suggested that she calm down with the mean girl feedback at the model search.

People have been recommending the new Battlestar Galactica to me for years and thanks to Xfinity Streampix Iâ€™m finally checking it out. I have no idea whatâ€™s going on half the time, but the show is strangely addictive so Iâ€™ve been watching an episode or two almost daily.

What I know so farâ€¦

What did you guys over the winter hiatus?

2012 Most Memorable Episodes: Person of Interest "Many Happy Returns"

We Need to Know: Why did Lanie and Esposito have to break up on Castle?