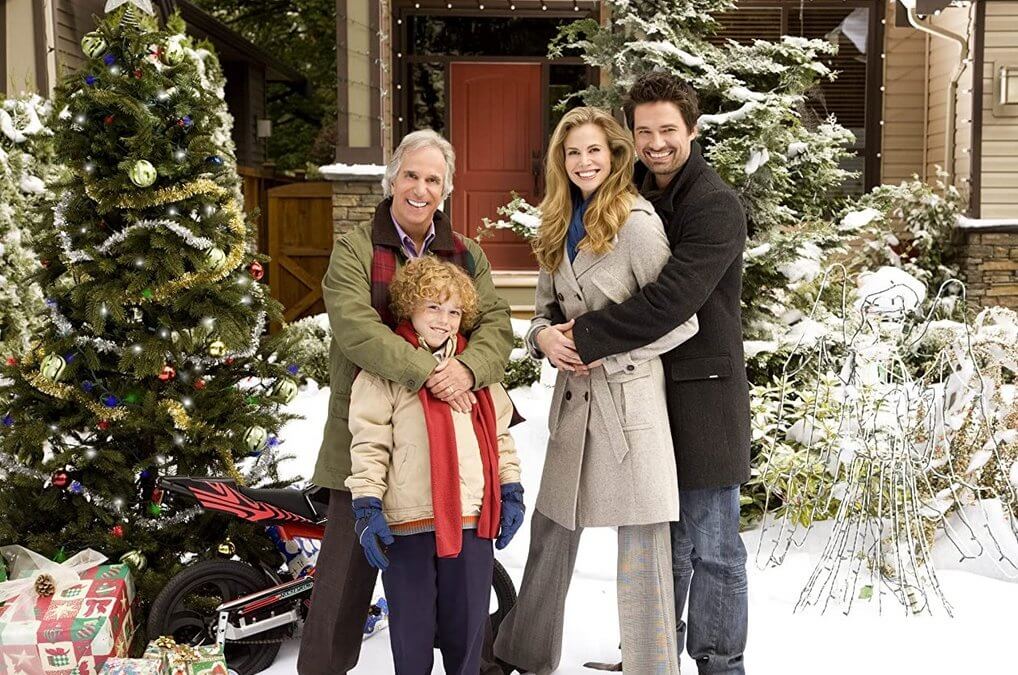 One of our Alphas favorites, Warren Christie, had a pre-Cameron Hicks past playing bad guys of a sort, when he popped up, in the holiday season of 2008, in a really lovely Christmas movie for Hallmark Channel called The Most Wonderful Time of the Year. Co-starring Brooke Burns and Henry Winkler, it’s the story of a single mom planning Christmas with her son when her uncle arrives for his annual holiday visit with a new friend (played by Christie) in tow.

Christie plays a guy who’s had a number of careers, none of them fixed, but he’s genuinely a good guy who just happens to go where his whims take him. Burns plays Jennifer, a woman who considers planning and list-making a championship sport. So, of course, there are sparks, and Winkler’s Uncle Ralph is an able matchmaker. It’s really a fun, family-friendly holiday movie and an eye-opener to Christie’s fans who’ve maybe only see him as a villain or as Hicks on Alphas.

The movie repeats frequently on Hallmark Channel, and as a bonus you can also catch an equally sweet (non-holiday) movie that Christie did last year opposite Anna Chlumsky, called Three Weeks, Three Kids, where he plays a helpful neighbor (and maybe more) to a gal who steps in to take care of her sister’s children.

Consider it a fix while we wait for formal word on Alphas getting a third season.

Here are previews of both movies:

What They Said: Favorite Quotes from The Vampire Diaries "O Come, All Ye Faithful"