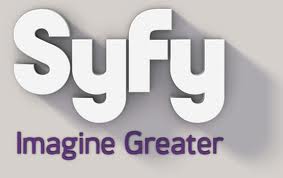 From iconic series such asÂ Farscape, Battlestar GalacticaÂ andÂ Warehouse 13Â toÂ GhostÂ Hunters,Â Face OffÂ and the upcoming transmedia experienceÂ Defiance,Â the special will look back onÂ Syfyâ€™s launch and evolution, and ahead to the future through the personal, behind-the-scenes insights of the creative talent themselves.

Said Dave Howe, President,Â SyfyÂ & Chiller: â€œFor 20 years, Syfy has been the leader in visionary and provocative entertainment programming. In this celebratory special, the extraordinary talent at the heart of the powerful Syfy brand will talk exclusively about the lasting impact Syfy has had on the media landscape for the last two decades.â€

TheÂ Syfy 20thÂ Anniversary SpecialÂ will also talk to the stars and creators of Original Movies and Miniseries such asÂ Dune, The Triangle, Taken, Tin Man, Alice, Neverland and Sharktopus.

Moment of Goodness: Miles vs. Monroe, Revolution "Nobody's Fault But Mine"