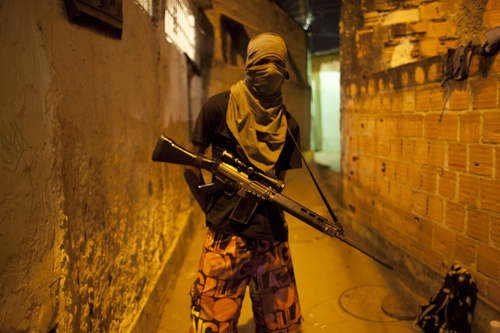 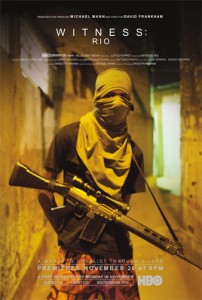 All November long, HBO has been airing a series of documentaries from Michael Mann [HBO’s Luck, The Insider, Ali, Heat] and David Frankham that follow the current generation of war photojournalists as they capture some of the most dangerous hot spots on Earth — places where drug trafficking, poverty, corruption and ethnic warfare exist on a high level. Witness lets us do just that — we get to witness what’s going on in conflict zones in Mexico, Libya, Brazil and South Sudan, through the eyes of these individuals and their cameras.

Synopsis: In the four-part series, war photographers carry us into the heart of the human drama of the people in the action on the ground. We see what compels the photojournalist and experience why, when everyone else seeks cover, the photojournalist stands and moves closer.Â  Witness is not a historical summary or analysis. It does not present the sides of an issue from an objective perspective. Witness is the exact opposite. It is personal experience. It is an immersion into the human drama on the ground of people caught in the thick of it. Witness dives into the anomalies, the humor, the tragedy, the chaos, the exultation. It struggles to capture â€“ as does the photographer â€“ a small piece of the truth in a moment.

Witness: Rio premieres Monday night at 9/8c on HBO. And here are some repeat dates as well: 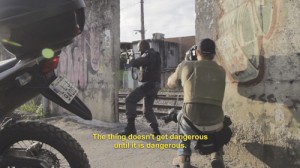 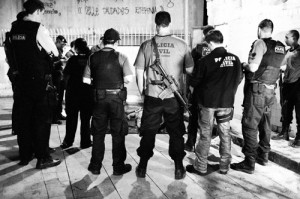 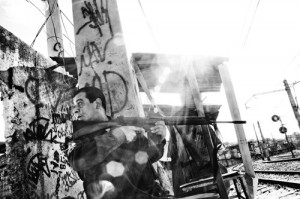 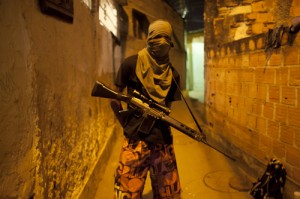 The Walking Dead "When The Dead Come Knocking"