The Following: Get Ready, The Best New Show Is On Its Way! [VIDEO] 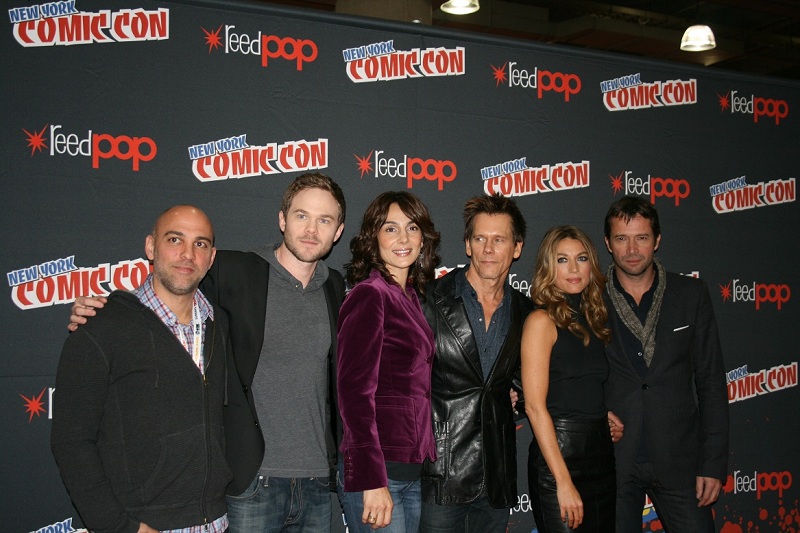 [Warning: Spoilers for FOX’s The Following]

Ask me what I think the best new show on television is this season, and without a moment’s hesitation the answer would be The Following. The highly-anticipated new drama, starring Kevin Bacon and James Purefoy, premieres mid-season on FOX on January 21st.

The series primarily centers around two men, FBI Agent Ryan Hardy (Kevin Bacon) and convicted serial killer Joe Carroll (James Purefoy). Hardy puts Carroll on death row almost a decade ago, and within weeks of his execution, he escapes. With Hardy being the expert on the Carroll case, he is called in as a consultant. What he discovers is beyond anyone’s worst nightmares. During the decade while Carroll has been incarcerated, he has recruited many of his “groupies” to be surrogate killers/followers. All of this is done right under the noses of the prison’s security, which casts serious doubts on the effectiveness of alleged supermax prisons. The scary part is one of his followers gained him access to the Internet and thus to social media, which means the new list of killers could be hundreds or even thousands.

Bacon describes his character as a damaged man who sees the time when he captured Carroll, and saved his last victim, one of the best times in his life. Carroll may have had 14 victims, but he saved the last one, and that is the one thing that helps him sleep at night.

As for Purefoy, when I asked him how he felt being the “poster child for the bad boys of television in the 2012-2013 season”, Purefoy just laughs but admits that Carroll is the one of the creepiest characters he’s ever encountered. He had to do a tremendous amount of research on serial killers — the worst of the worse– and yes, at times, it can get to you. My last question for him was whether at the end of his work day, is he so distraught that he just wants to run home and hug a puppy or something. His response, “Oh, good Lord, if you’ve seen the Pilot, mentioning a puppy may not be the best idea”Â (I immediately made the connection, but don’t worry, viewers, no seriously graphic scenes with doggies or puppies are in the Pilot).

We are also introduced to Debra Parker played by Annie Parisse, an agent who specializes in cults that is sent in at the beginning of episode 2 to assist Hardy. Parker replaces Agent Mason, who appears in the Pilot, but who is sent back to Quantico in episode 2. We may recognize Parisse as Cara Stanton from Person of Interest, and when asked if she was planning on balancing the two roles, she says that until they get a full seasonÂ commitmentÂ from FOX, that was the plan. She also commented, “I play a real bad-ass in Person of Interest, and so, this role in The Following was a nice change”.

Executive Producer Marcos Siega also gave us some insight as to where the idea for The Following originated. “It was Kevin Williamson all the way” , says Siega of Williamson, who we may know from his work on Dawson’s Creek and The Vampire Diaries. When I wondered if the series was based upon a particular serial killer, Siega explained that while it wasn’t entirely about one killer, it was partially inspired by Ted Bundy. Both Bundy and Carroll were very handsome and very charismatic. Both were extremely well-educated, making that intellect very disarming. And, both escaped prison by just walking out the front door.

So, the best way to summarize the show is a “Criminal Minds” on steriods, with some of the same graphic violence and suspense, but much more of a psychological thriller than anything that is currently on television. What’s more, Siega promises that as the season progresses, it’s going to become more and more unpredictable. You may think you know where the series is going just by seeing what the Pilot is about. Well, buckle down, because you’re in for a hell of a ride.

The FollowingÂ premieres on January 21st at 9 p.m. EST on FOX. Â Keep checking back at the site for more updates on this fantastic new show.