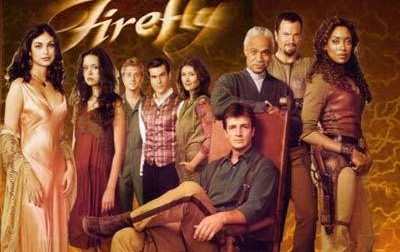 FIREFLY: BROWNCOATS UNITEâ€“Science Channelâ€™s long-awaited 10thÂ anniversary celebration of the cult hit seriesÂ FIREFLYâ€“earned stellar ratings onÂ SundayÂ night at 10PM/ET, and was the networkâ€™s most-watchedÂ SundayÂ nightÂ  ever among P25-54.Â FIREFLY: BROWNCOATS UNITEÂ garnered 1.2 million unique viewers across the evening and was the networkâ€™s second-highest-rated telecast of 2012 among P25-54 and M25-54. The special delivered a 0.7HH rating and a 0.5 rating among P25-54.Â  .

The excitement forÂ FIREFLY: BROWNCOATS UNITEÂ alsoÂ was seen on Twitter with the networkâ€™s “Flock to Unlock” campaign, where fans had a chance to unlock deleted scenes and cutting room floor footage from the special. OnÂ Sunday, Firefly ranked tenth in Twitter TV Ratings in Cable (according to SocialGuide) with more than 25,000 tweets generating 26 million impressions.

TheÂ FIREFLYÂ grassroots movement began this past July, when Science Channelâ€™s reunion panel became the most-buzzed about television event at San Diego Comic-Con.Â  This was followed up by Nathan Fillionâ€™s surprise appearance at New York Comic-Con this past October, which accompanied a sneak preview of footage from the special.

And, yes, folks there were more than enough tweets to unlock all 4 unaired Firefly segments, and you can find them in our Flock to Unlock Segment Enjoy!!