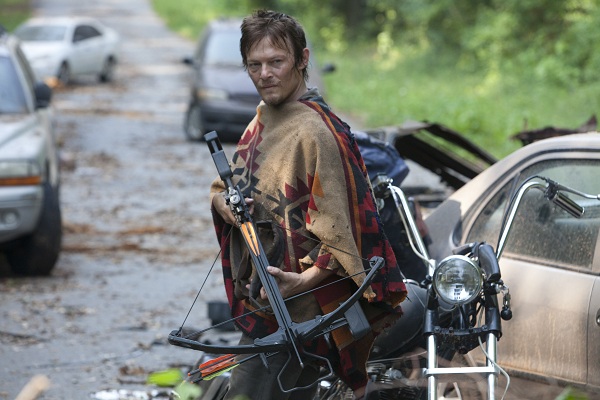 Wow, how many of you are still reeling from last week’s episode of The Walking Dead? Well, I am. I fully expected there were going to be some deaths, but even with that knowledge, it still gets to you. So, what happens next?

Finally, we have the budding relationship between Andrea and The Governor. I’m sorry, this girl really has some seriously bad taste in men. In the comic-book series, Andrea has a romantic relationship with Dale, but the television series opted to make them just friends, even though it was obvious that Dale felt more. So, while pushing Dale aside, she has a fling with Shane, who was probably the most evil one in the entire bunch. Now, she’s growing close to The Governor. Andrea may have been smart enough to survive this long, but she sure doesn’t seem that bright in her choices of companions. Let’s just hope she wises up soon enough.

If you just can’t wait for tomorrow’s episodes, here are some sneak peeks:

Glenn is digging 3 graves — but who is the 3rd grave for?