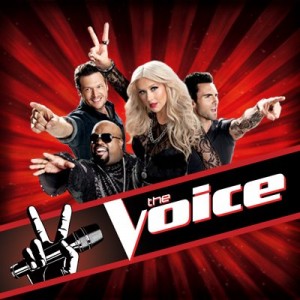 [Warning: Spoilers for “The Knockouts Part 1”]

The first ever Knockout Round took place on NBC’s hot singing competition, The Voice. Following a whole slew of Battles, The Knockouts were designed to weed the teams down considerably — the coaches had to slash their groups to five for the live round. Adam Levine and CeeLo Green were the first up to bat.

After all was said and done, Team Adam had a group of four ladies and one guy:

And, somewhat shockingly, Team CeeLo was comprised of all guys:

For some reason I’m not sick of this song yet. And while I don’t think I’m completely sold on Mackenzie, I love the way he made this song his own. The structure was there but he spinned it in a way I felt did the song justice.

Adam was wise to steal Amanda for his team. She has this great presence and an eclectic vibe. I didn’t know much in the way of this song but I instantly loved it. So glad she won her round.

How is Trevin only 18 years old? He has a command of his voice that is beyond his years and is beyond belief. And he sings with an incredible amount of emotion. The song choice wasn’t my favorite but it didn’t matter since he simply destroyed it. Well done.

A few of the guys during this first Knockout Round sang songs made famous by women. The best had to be Cody Belew singing “Jolene.” He was one of my favorites from the Battle Rounds but I was a bit skeptical that he could put together two winning performances in a row. I was wrong. So wrong. His version of “Jolene” was strange but beautiful. I immediately hit iTunes and downloaded it.

Confession: I had no idea who Loren was. I must have missed her blind audition and her battle round. But when it came time for her Knockout Round, that’s exactly what she did. She knocked out Nicole Nelson with a breakout performance, one that was unexpected and glorious. I felt bad for Nicole because she did well. But she couldn’t rise to the level Loren had set for herself. I knew nothing about her but on first impression, Loren didn’t seem like she had the pain, the anguish or the life experience to pull off “You Know I’m No Good.” She channeled her inner Amy Winehouse and delivered an unbelievably amazing performance. I’ve got my eye on her.

“The Knockouts” continue when The Voice airs Tuesday night on NBC at 8/7c.

Reality Fix: Dancing with the Stars and Motown Week