Moment of Goodness: Brian Dietzen in the NCIS open for Season X 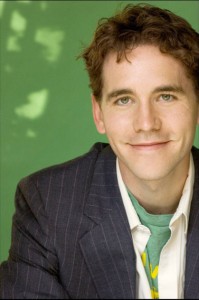 You guys probably think I’m a bit crazy to make Brian Dietzen’s inclusion into the latest version of the NCIS show open my Moment of Goodness. Especially since “Extreme Prejudice” is the season premiere of the number one scripted show, which picked up the action after Ducky had a heart attack and Harper Dearing set off a bomb that caused death and destruction at the NCIS headquarters.

“Extreme Prejudice” was a solid opener with a so so ending. I’m not a big fan with the way Dearing went down. I’m a team rah rah kind of gal so when Gibbs goes off on his own, that’s not my cup of tea. I get that Gibbs took this personally and that he sensed Dearing was waiting for him. I just feel like this wacko hit the entire team where it hurts so they should all get the chance to bring this guy down. Plus, I wanted to see the team lead an intense hunt for him — and then Gibbs could have had his mano y mano moment with Dearing. That’s just not the way it happened. However, I do love that Gibbs killed Dearing. And at least he cleared his solo mission through Vance so he didn’t completely go rogue. And now they can put this chapter to bed and get going with the business of recovering from such a tragic event.

Having said all this, the moment that really got me was seeing Dietzen included in the open. This is especially awesome since we even ran an article last year wondering why he hadn’t reached series regular status yet. After all, Brian has been part of the cast since the end of the first season. I reiterate: the first season. We are currently in season ten. No matter. He’s now in the open, coming in right after Sean Murray and before Rocky Carroll. I’m so glad he’s going to be part of the action more. I do love how Jimmy had to step up and be the man in autopsy while Ducky recovered from his heart attack. He’s still as socially awkward as ever but at the same time, there’s a sense of confidence in him that’s downright adorable. Congrats to Brian Dietzen and Jimmy Palmer!

Some other thoughts about “Extreme Prejudice”: 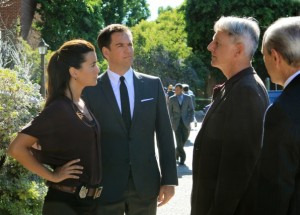 Moment of Sadness: Dani's Death, Alphas "The Devil Will Drag You Under"