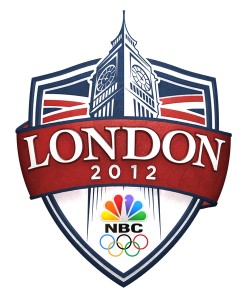 We’re in the home stretch of these Olympic games. But right now, we’re choosing to rejoice in the gold for the U.S. Women’s Soccer team as well as the U.S. Women’s Water Polo team. Wonderful wins for the women!

Tonight on NBC, Team USA runs for the gold in the womenâ€™s 4x100m relay with Carmelita Jeter and Allyson Felix expected to sprint, and the menâ€™s 4x400m relay with Oscar Pistorius running for South Africa. Additionally, David Boudia dives in the platform qualifying round from three-stories up and gold medal finals in menâ€™s pole vault, womenâ€™s 1500m and BMX cycling gold medal finals.

The Scoop: Track and fieldâ€™s relays kick off with the menâ€™s 4x400m race and the womenâ€™s 4x100m. Team USA has won nearly every 4x400m competition since the event was added to the Olympic program in 1908, and is favored again. Meanwhile, South Africa, with double-amputee Oscar Pistorius, who is known as the â€œBlade Runnerâ€ for the carbon-fiber prostheses he wears, should also contend for a medal. In the womenâ€™s 4x100m, Team USA, led by Carmelita Jeter and Allyson Felix, is expected to face a fierce challenge from Jamaica. And a duo of milers, champion Morgan Uceny and Shannon Rowbury, look for the first ever American medal in the womenâ€™s 1500m.

The Scoop: The menâ€™s platform contest is sure to be one of the most anticipated events of the Games, as 2009 world champion Tom Daley, a teen idol in Great Britain, takes the stage in his signature event â€“ which was the only diving event China failed to win in Beijing. Chinaâ€™s Qiu Bo, the reigning world champion, is out to change that, while Daley, top American David Boudia of Indiana and Australiaâ€™s reigning Olympic champion Matthew Mitcham are among the deep field of contenders in this event.

The Scoop: In the menâ€™s and womenâ€™s finals of BMX, the top riders will decide their Olympic fates in a 40-second scramble to the finish. In the womenâ€™s race, Great Britainâ€™s triple world champion Shanaze Reade could be one of the Gamesâ€™ biggest redemption stories after crashing out of the medals in Beijing in an aggressive push to go from second to first on the final turn. American Alise Post, a former gymnast from St. Cloud Minnesota is among the women trying to thwart Reade. In the menâ€™s race, the top American is 19-year-old Las Vegas native Connor Fields, who will try to hold off a cadre of Southern California-based international stars.

For all things Olympics, surf on over to NBCOlympics.com.

Click here for amazing photos of what went down on Day 13 of the Olympics.