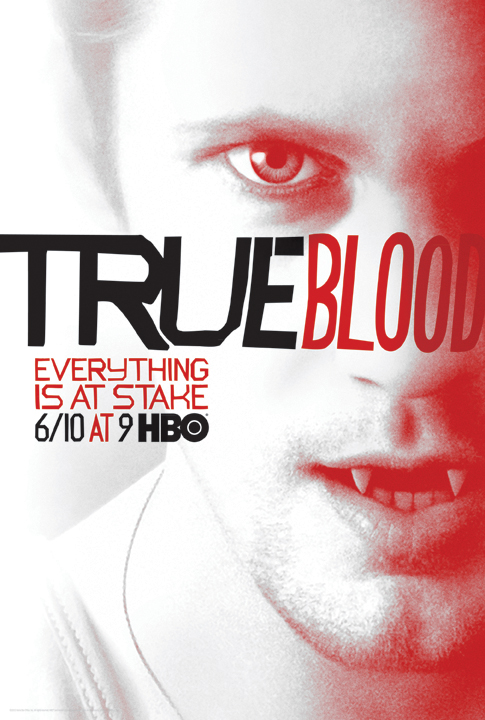 In the latest True Blood, it was getting to see the deepened relationships between maker and child that was the most entertaining to watch. Well, other than anything that goes on between Bill and Eric. But that should be a given. When a vampire turns a human into the undead, what results is a bond that’s likened to one between a parent and a child. It’s up to the maker to basically mentor the newbie vamp as they transition into this life that they either did or didn’t ask for. In “We’ll Meet Again,” there were three examples of this type of relationship in various stages of existence. Pam only turned Tara as a favor to Sookie. So, she was a reluctant maker. And if anyone’s a reluctant vampire, it’s Tara. However, Pam is already starting to take her place as Tara’s guide into the vamp life. She saved her from tanning herself to death and is ensuring she gets the proper nutrients to live. Of course, this involved Pam commanding Tara not to kill herself and to bite a human for her blood, but one would never mistake Pam for the maternal type. Yet, I’m looking forward to seeing the relationship between these two develop and grow. Tara never asked to be a vampire. But she might just discover a whole new side to her thanks to her maker. Tara’s stubborn, but I think she can possibly learn to love what she’s become. It’ll just take time, right? Lots and lots of time.

How great were these two in “We’ll Meet Again?” Bill and Jessica continue to be one of my favorite True Blood twosomes. They haven’t been a “family” all that long but their bond continues to strengthen with each passing episode and each passing season. Thankfully, the two shared a scene once again. Jessica was helping Bill search his place for any listening devices. Bill’s trying to find the answer to who set Russell Edgington from his cement grave. A few things were prevalent in this all too short exchange between the two. Jessica has come a long way and, subsequently, Bill is proud of her. He cares for her. Trying to destroy Russell, once and for all, is a seriously dangerous and deadly mission. He clearly thinks there’s more than a good chance he’s not going to make it out of this alive. So, this was his chance to say goodbye to her in his own way. Such a good moment featuring this fierce pair. These two have counted on each other for a long, long time. They’re the established duo. They are both deliciously badass and sarcastic. Their chemistry is palpable and what happened in the latest episode was majorly heartbreaking in every way. Eric doesn’t want Pam to die because of him. So he doesn’t want her to be there by his side as he and Bill seek to bring down Russell. He had to make things safe for her so he did what he felt he had to do. He had to release her as his child. The beautiful bond they had built up over the last hundred years or so had to be broken to ensure her safety. How frackin’ sad was it when Eric finally had to say the words?

Eric: “I have to release you. And it’s not because I don’t trust you or because I don’t care. It’s because. You are my only progeny; my one legacy. I need you to live after I’m gone.”

Eric: “Pamela. I renounce the ties of our blood and my dominion over you as my progeny. As your maker, I release you. You are my child. As i was a child of Godric. You were born into greatness. And you’re a maker now. Our blood will thrive. You understand?”

After he was done, they hugged and you could tell that even though the words were said, that this release was in name only. In their hearts, they’ll always be connected. Still, this was one of the best and most intense moments of “We’ll Meet Again.” And, of course, the saddest. Plus, Eric called her “Pamela.” I love those two.

The Vampire Diaries “The Ties That Bind”