It Was So Good To See You: Guide to Guest Stars (Week of May 6) 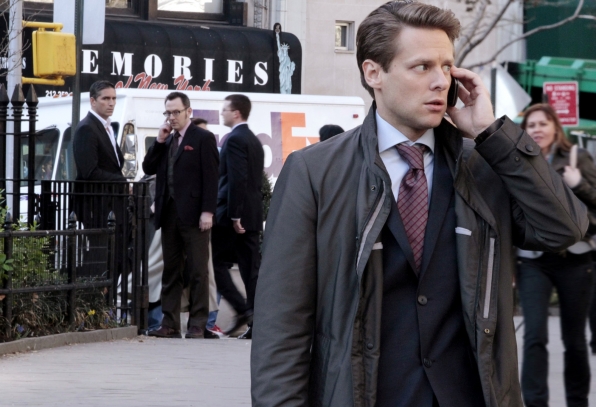 Never let it be said that the networks donâ€™t know how to ramp up the guest star quotient during May sweeps.Â

This past week included a plethora of familiar faces, starting with actor Tahmoh Penikett, who appeared in the season finale of Castle on Monday night.Â Tahmoh is best known for his role on the reboot of Battlestar Galactica as well as the Joss Whedon series Dollhouse.Â He has also appeared in episodes of The Killing, Fairly Legal, Smallville, Haven, Human Target, and the made-for-TV movie Riverworld. On Tuesday nightâ€™s penultimate episode of NCIS: Los Angeles, actress Alaina Huffman and actor Scott Elrod appeared as an undercover Russian spy who wanted out of the business and a cul-de-sac resident who was part of a married couple into S&M respectively.Â Alaina is best known for her role on the short-lived series Stargate Universe as well as a recurring role on Smallville.Â She has also appeared in episodes of Painkiller Jane, CSI: Miami, CSI: NY, and Alphas.

Scott, on the other hand, got noticed in his recurring role on Men in Trees and appeared in episodes of CSI: NY, Castle, and CSI: Miami.Â He was also featured in the made-for-TV movie Uncorked with Julie Benz. Over on Revenge on Wednesday night, actor John Billingsley appeared as Roger Halsted, the one true friend of David Clarke who was going to help Amanda but was killed by the Graysons.Â John is probably best known for his role in Star Trek: Enterprise, but he has also appeared in episodes of True Blood, 24, Greyâ€™s Anatomy, Prison Break, and the short-lived series The Nine.

Actor Jacob Pitts and actress Carrie Preston both appeared on the new Thursday episode of Person of Interest.Â Jacob played an intelligence analyst looking into â€˜The Machineâ€™ while Carrie played the fiancÃ©e of Finchâ€™s who believes he died two years earlier.Â Jacob has a recurring role on Justified, appeared in the mini-series The Pacific, and hasÂ had guest roles in episodes of Ed, Law & Order, Sex and the City, and The Good Wife.Â Meanwhile, Carrie is best known for her role on True Blood (besides being Mrs. Michael Emerson), but she also guested on The Good Wife, Desperate Housewives, Law & Order: Criminal Intent, and the short-lived comedy Emeril.Â Â

Friday night was a big night for guest stars with actor Cameron Daddo appearing as the President of the United States on the penultimate episode of Nikita. He got his start in the short-lived 90â€™s soap Models, Inc. and then moved on to appear in episodes of Monk, CSI, Boston Legal, 24, The Mentalist, Leverage, Rizzoli & Isles, and the syndicated series She Spies.Â Meanwhile, over on the debut of the new USA Network series Common Law, actor John Shea appeared as the father of a murder victim and actress Alicia CoppolaÂ (who will be recurring)Â appeared as a coroner.Â John, of course, is best known for his role of Lex Luthor on Lois & Clark: The New Adventures of Superman, but he has also appeared in the syndicated series Mutant X and more recently had a recurring role on Gossip Girl.Â Alicia, on the other hand, is best known for her recurring role on Jericho, but also appeared in episodes of NCIS, The Nine Lives of Chloe King, Crossing Jordan, and American Dreams. Over on the new episode of Fairly Legal, actor Chris Payne Gilbert and actor-singer Meatloaf appeared as the leader of the Metro Service and the head of the union who were in a nails-to-the-wall contract battle respectively.Â Chris most recently appeared in the short-lived series The Protector and the comedy 10 Items or Less as well as episodes of Moonlight, NCIS, Bones, Gilmore Girls, and Burn Notice.Â  Meatloaf, of course, is a legendary 70â€™s singer. He’s also appeared in the classic film The Rocky Horror Picture Show and episodes of House, Monk, and Glee.

Lastly, on the penultimate episode of Grimm, actors Kenneth Mitchell and Roger Bart both appeared as Big Foot-like creatures.Â Kenneth had roles in Odyssey 5, Ghost Whisperer, and the short-lived series Jericho. He also appearedÂ on episodes The Mentalist, Castle, Private Practice, Criminal Minds, Hawaii Five-0, and Lie to Me.Â Meanwhile, Roger is best known for his role on Desperate Housewives as well as his recurring role on Revenge. He has also appeared in episodes of CSI: Miami, Human Target, Medium, The Event, and CSI.

With May sweeps quickly coming to a close there will plenty more guest stars to point out and itâ€™ll be very interesting to see who will show up in the weeks to come.

Thoughts on NCIS' Season 9 Finale "Till Death Do Us Part"

It's Complicated: Zoe (sort of) Makes Her Choice, Hart of Dixie "The Big Day"

It Was So Good To See You (Week of March 7th)