Weren’t the ’40s scenes on this week’s Castle, pretty? Everyone looked amazing as the action flip-flopped between then and now. I liked every time Beckett and Castle doubled as Vera and Joe. It was nice to see them close. Their chemistry was electric, of course. And it was equally awesome seeing Castle geek out over this story from back in the day. It was nice to see Tamala Jones sing, kiss Castle and be in an episode more than ever before. I really appreciated that. And loved that Ryan and Esposito both had to sport accents. The guest stars were fabulous too. Let’s break down who did what in “The Blue Butterfly”:

Chad Everett (Jerry Maddox/Joe) and Ellen Geer (Viola Maddox/Vera): One of my favorite parts of “The Blue Butterfly” was finding out that Jerry and Viola Maddox were really Vera and Joe, the couple Stana Katic and Nathan Fillion played in flashbacks. I know their story back then turned out twisted but I loved how they loved each other so completely and didn’t need anything material to ruin everything between them. They were content having their kids, grandkids and great-grandkids. They were just an adorable couple, weren’t they? I flashed on Beckett and Castle’s future. They could be this couple — down the road, of course. 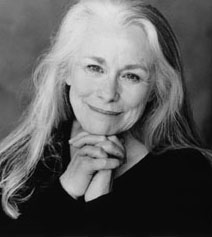 Did you catch the preview for the next Castle? It looks intense but this show’s two-parters always are. Jennifer Beals joins the fun. I’m looking forward to her presence on the show and how it’s going to affect all things Beckett and Castle.

Rewind and Repeat: Time to MÃ©nage, New Girl "The Landlord"

It Was So Good To See You: Guide to Guest Stars (Week of April 29)