We Need to Know: What Will Season 9 of SYTYCD Look Like? 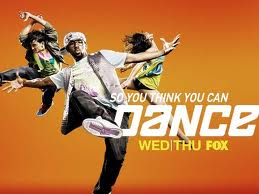 When SYTYCD Executive Producer Nigel Lythgoe first tweeted that Fox had eliminated the results show I was livid. How could Fox do such a thing? Why were they changing the format of a show I watch and love?

But the more I thought about it, the less irate I became. Maybe this could be a good thing. To be completely honest the only thing I like about the results show is seeing the dance performances of a featured dance artist (but NOT the musical performance – usually). It’s never fun to see a dancer be sent home but I understand it’s the nature of the beast. I think some people are worried that eliminating the results show means that fans can no longer vote, but I don’t think that’s the case. As it is, I think the judges have way too much control over who goes home as they thin the herd from 20 to 10 (at least, that’s how I felt during Season 8). So I choose to see this as a positive thing. At least the show is still on the summer schedule, right? Â I’m excited that the producers will get a chance to re-invent a great show. There are definitely problems with it now so I’m excited to see what they do. Of course, it’s possible that they’ll screw it up. But I’m more than happy to give them the benefit of the doubt.

What do you think? Are you excited or apprehensive about the impending changes? Will you watch?

So You Think You Can Dance returns in May 2012 on Fox.

7 Favorite Scenes from Fringe "Enemy of My Enemy"