I love spotting current and former daytime stars in primetime shows. So, I was very pleased to see Rachel Melvin when watching this week’s great episode of ABC’s Castle.

Rachel used to play Chelsea Brady on NBC’s Days of our Lives. Her character was a bad girl who developed a heart…eventually. She was always a standout on that show and I knew she would eventually book work in primetime. In “Lucky Stiff,” she was Nicole Hixton, the troubled daughter of a lottery winner who had recently been murdered. Winning the money shook the family to the core and they ended up a fractured family unit. Melvin appeared in a couple of scenes; her character even thought (wrongly) that she had been responsible for her father’s death. Great stuff to play. 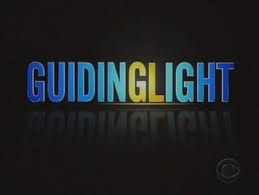 My all-time favorite soap opera is the now defunct CBS daytime drama Guiding Light. It was the grandaddy of all TV soaps until its cancellation in September 2009. The loss of GL was quite a blow to the daytime landscape, but I’ll always remember it for all the amazing storylines, actors and super couples (i.e. Reva and Josh). This week, a few GL connections popped up in primetime:

There’s an upcoming installment of Castle that pays homage to Nathan Fillion‘s daytime roots that I’m really excited about. They’re calling it “One Life to Lose” which is perfect since Fillion appeared on the ABC soap One Life to Live for roughly three years in the 90s. In 1996, he even earned an Emmy nomination for his role as Joey Buchanan. My worship for Nathan grew when he returned to the show in 2007 for Asa Buchanan’s funeral. I mean, who does that? So many actors, once they make it big after daytime, forget their roots. That’s why I commend him for returning to the show that gave him his big break. This just makes him so much cooler in my book.

Anyway, this soap opera-themed episode will feature actors of a fictional daytime drama called Temptations (perfect!). Already we know the guest cast will include Jane Seymour and Corbin Bernsen (his daytime street cred includes Y&R and GH); as well as current All My Children favorites Cameron Mathison and Rebecca Budig. While I do like both Cameron and Rebecca and understand that they have huge fan bases and are known to audiences beyond the daytime soap arena, I couldn’t help but wonder why Castle didn’t cast actors from Fillion’s alma mater, One Life to Live? I get that All My Children now films in Los Angeles — that probably had to be a factor, because One Life is the only daytime soap to still shoot in New York City. But, there are OLTL actors I wish could have been cast instead:

I just think the world of the actors I listed above; Renee Elise Goldsberry, particularly, because she’s such a fierce presence. And, while she’s no longer on OLTL, she currently has a recurring role on CBS’ The Good Wife. Again, I don’t know the particulars behind the casting. There may have been some extenuating circumstances I clearly don’t know about. But I do wish we could have seen someone from One Life to Live in some of the major roles in this Castle episode. Regardless, I can’t wait for “One LIfe to Lose” to happen. I’ll update with an airdate once we get closer to the premiere.

We Need To Know: What happened to Tony's Mom? Are We Ever Going to Find Out?

We Need to Know: Did Brittani Deserve to be Sent Home for Her Unprofessional Behavior on ANTM?

Character Development: Damon Tries to be a Better Man, The Vampire Diaries