Still, Jake isnâ€™t exactly in the best of health. As everyone surrounds his apparently dead body, Huck hauls off and slams Jake in the chest, reviving him. Oh Huck, you really are the best sometimes.

Olivia and the rest of the gladiators then spring into action, taking Jake to a warehouse where they create an underground care facility for Jake (who is basically only hanging on by a thread). They call in a shady doctor to operate on him. The shady doctor thinks he can try to help, but he isnâ€™t going to do it for free. Instead, he insists on a favor that involves Olivia helping a Russian assassin.

You didnâ€™t expect this to be easy, did you?

Of course, Olivia agrees to do whatever it take to save Jakeâ€™s life. Itâ€™s just that in all of the chaos, sheâ€™s forgotten one very important detail.

Her father knows her well, and he knows Jake isnâ€™t dead yet because heâ€™s yet to hear from Olivia at all. If Jake were really dead, sheâ€™d have done something â€“ communicated with him in some way. Instead, thereâ€™s just silence, and Papa Pope is smart enough to know what that means.

Rowan is pretty angry that Russell has failed in his task, and that he canâ€™t even draw Olivia out to find out what sheâ€™s up to. So, he takes matters into his own hands by shooting Russell in the arm, which ultimately lands Russell in the same warehouse being treating next to Jake.

Russell tries and fails yet again to kill Jake, but he does manage to learn exactly Olivia and her team are up to â€“ including how Olivia is going to have her father killed.

When Oliviaâ€™s plan results in dead bodies that donâ€™t include that of her father (but that do include dead children â€“ a scene I had to look away from), sheâ€™s able to figure out that Russell working for Rowan.

The episode ends in a way that reminds us just how tough, strong, and smart Olivia Pope is. In what begins as a steamy sex scene, Olivia tells Russell to close his eyes. Then she presses a gun to his forehand and demands answers.

Olivia: I couldnâ€™t figure it out. How did my dad know about the Russians? And then I realizedâ€¦ it was you. You were there. You were sent to kill Jake. Youâ€™re B613, and now youâ€™re going to tell me what the hell Foxtail is!
Russell: Youâ€™re making a mistake, Alex.
Olivia: Itâ€™s Olivia. And this is definitely going to hurt!

As happy as I am that Jake is alive, Iâ€™m almost more relieved that Olivia doesnâ€™t spend too much time being fooled by Russell. Sheâ€™s too good for that.

What did you think of this episode of Scandal? Share your thoughts in the comments below!

When Calls the Heart Season 2 Premiere Preview: "Trials of the Heart" 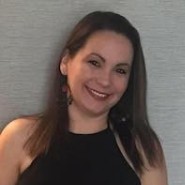 It’s The Kid vs. “The Queen” of Castle Rock