Once Upon a Time “Fall”

Such a nice feeling to finally, FINALLY know what happened to Anna! The explanation doesnâ€™t allow for the Snow Queen staying young, but at least we know that Anna was frozen in time and place for the past thirty years. She and Elsa can, quite literally, pick up where they left off. The assumption is that the entire kingdom was frozen with her, which is why Hans and his brothers also havenâ€™t aged. No word on how the Southern Isles fared without the four young princes though. Presumably life went on without them. Itâ€™s not really explained why everything thawed when it did, I wonder if there is some connection to Elsa being released from the urn? The timing seems logical, Elsa has been in Storybrooke for several days, and it would have taken a few days for Anna to sail across to Misthaven and find Blackbeard. Speaking of Blackbeard and the Wishing Star, doesnâ€™t Anna have the cutest lines? Although I feel for Elizabeth Lail who has to speak without tripping over her own tongue, itâ€™s such fun to listen to her motor mouth running on and on! My favorite line of this episode is â€œYou and I are rich in many ways, but the thing weâ€™re richest in is riches!â€

Hans, as usual, is running amok across the kingdom. He must suffer from a hugely inflated ego to think that the people of Arendelle will accept him as king without even the pretense of marriage this time. Does he think theyâ€™ve forgotten his past treachery? Also, his brothers seem quite keen to help him out. Why have they not thought of taking Arendelle for themselves? They are older, after all.

The Wishing Star is a nice addition to the story, although I wish they had explained more about how Annaâ€™s parents acquired it. Clearly they have made more than that one ill-fated trip to Misthaven, since both the necklace and the diary were found in Arendelle. Hopefully the message in the bottle will hold some key information. (PLEASE let the message in the bottle hold some positive news!)

Mr. Gold once again shows his true motivations this week. No matter how hard we may hope that Belle has changed him, it will never be real. Power is his one true love, and a man cannot have two masters. The painful part of all this is that he forces Hook to do his dirty work and capture the fairies. Sure, Hook is destined to die anyway, but now he will have so much more blood on his hands. I wonder if the hat is capable of releasing its prisoners? I still suspect that the original sorcerer is trapped inside; Iâ€™d love to see who else is locked away in there. If each star represents a soul, thatâ€™s an awful lot of people stuck in magical limbo.

Regina has some truly poignant moments this episode. In the past she hasnâ€™t really realized how far sheâ€™s come from the Evil Queen she once was. Now that sheâ€™s at risk to lose them, she can finally see the good things in her life. Her goodbye scene with Robin is heartbreaking. She acknowledges that she wonâ€™t be able to stand him looking at her with hatred in his eyes, and that she knows the feeling well from how the rest of the townsfolk look at her. I wonder if the coming experience will help or hinder her quest for a happy ending?

On learning that Elsa switched out the necklace for pebbles, Regina quips â€œI should know better than to trust blondes by now.â€ Although she probably meant what she said, itâ€™s nice to see her making that sort of comment without that dark hatred behind it. Her edges have softened quite a lot, and although Iâ€™m excited to see her return to her old evil self next week, I kind of like the softer version.

Emma and Hook share a teary goodbye as well, although I didnâ€™t enjoy it as much as I probably should have. I think Emma is starting to realize that Hookâ€™s kisses lack the passion they once had. Hopefully she will soon figure out that he is heartless, and take steps to rectify that little problem.

Ending the episode with Snow and Charming letting go of each otherâ€™s hands and backing away was a wonderfully wordless way to show what is happening to the town. It wouldnâ€™t have worked with anyone but them, and itâ€™s that much more dramatic after Charming has just said that no spell can separate two halves of the same heart. We have to assume that even against this spell they will still be able to find each other, but for now they are very clearly broken. 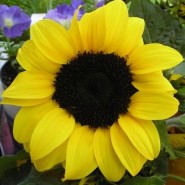 The Good Wife: 10 Reasons I’m Thankful For This Show