So, not much has changed this week on The Blacklist: Elizabeth (Megan Boone) is still living in crap motels, hanging out in her underwear and re-arranging her wall of crazy (at least it’s off the ceiling). Please. Lizzie, just rent an apartment; if Tom (Ryan Eggold) or any of the many possible Big Bads he may work for want to find you, they will. The local Roach Motel will not save you. Indulge yourself, get a flat with in-home laundry, because assaulting everyone you think is sketchy while they’re off to sort their whites from their colors will not end well. No surprise, the guy you did assault actually turns out to be sketchy and really well armed. Of course he does; because there’s not enough unresolved crap on this show to begin with.

I love this show; I do. There have been several times that just watching Red (James Spader) chew through some scenery like it’s the last gazelle on the Serengeti, or had him tell some story from his past life as some sort of object-lesson before he offs his opponent in a new and disturbing way has bought me another day on this earth. But this episode? Meh. Not so much.

I will admit it was an interesting change of pace to watch Red and Lizzie work two different angles in this episode. For the most part, Red’s personal business seemed to have nothing to do with Elizabeth and her pursuit of Dr. James Covington (Ron C. Jones; Low Winter Sun), a gifted surgeon who provides organ transplants for anyone who can pay the rental. Seriously. These dirt-bags are only renting their new body-parts for $500,000 per year. It’s a good gig if you can get it, I guess, Doctor C.

I should have known better, since, as we’ve previously discussed, Red doesn’t do anything that doesn’t benefit Red. Red’s private business with the Indonesian government moved along quite nicely when the Indonesian Deputy Minister dropped dead because his heart transplant fell through. I wonder how that happened?

Dr. Covington is a bit of a moral conundrum. Sure, he’s stealing organs and renting them out to the criminal elite, but he’s also using all that money to fund an underground hospital (literally and figuratively) for sick kids who need transplants but can’t get them. This is kind of a gray area with me: I like kids, and have no problem with bad people funding their treatment through illegal means. But I know I’m supposed to have a problem with it, so… what to do?

Unfortunately, Covington himself wasn’t fully fleshed out as a character. I think he maybe had four lines in the entire episode, and everything we know about him is second-hand information. It’s a narrative given to us from other sources so, already we have no real attachment to him, or feel for how “evil” he allegedly is.

With Red’s story, (something about wanting the rights to import something to Indonesia, who knows?) the highlight, of course, is Paul Reubens (we all know him as Pee-Wee Herman. Sorry, Paul) as Mr. Vargas, the apparent go-between for Red and Berlin who are vying for the Indonesian business.

Vargas, who looks like he went to the same wig-maker as Lizzie did last season, poor lamb, is of course working for Red, a fact that was telegraphed from the start, in order to test the loyalty of Nico, a partner of Red’s and a really, really stupid man. Who’s dumbass enough to betray Reddington? We get one of Red’s patented bed-time stories about his youth, this time working a summer laying carpet (which suuuuuuuuucks) and the value of loyalty. I have to agree with him here: If you give someone your word, you follow through. End of. You should value loyalty above all else. Always.

As usual, the music team for The Blacklist needs a big old pat on the back. The song choices are practically characters in their own right on this show now. This week, we have FINK’s Pilgrim and its chorus, “From small beginnings come big endings.” Small beginnings could mean any number of things: Ressler’s (Diego Klattenhoff) observation that last year’s Elizabeth Keen wouldn’t have let Covington finish his operation. Her “small beginning” as an agent is evolving into a greater role where she’s angrier and tougher. Contrary to Ressler’s belief, change is not necessarily a bad thing, here. Anything that makes Lizzie more capable can only be a good.

Lastly, Red and his ex-wife, Naomi (Mary-Louise Parker) meet up and she slaps him. She slaps him good. That’s all that happens there. There is no big ending. But congratulations to Naomi for being the only person to assault Red and not die immediately.

The Blacklist airs Mondays at 10/9c on NBC.

Nashville Preview: "I Can't Get Over You to Save My Life" [PHOTOS and VIDEO] 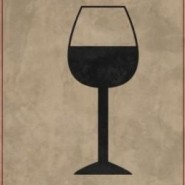