My name is Kimberly and my boyfriend claims that I watch too much television.Â  This is a new column for me here on TV Goodness and Iâ€™m excited to share my love of all things boob tube.Â  Itâ€™s not that Iâ€™m addicted; after a week of working a full time job and building my pet blogging brand, TV gives me a much needed break.

I almost didnâ€™t even mention NashvilleÂ because although itâ€™s been my darling, this weekâ€™s episode was sort of a downer for me.Â  Everyone was bummed out about something; even Julietteâ€™s venture into a new sound and look ended on a down note when her manager quit.

But then Nashville grabbed my attention and won me over in the eleventh hour when Maddie broke the news to Rayna that her dad is seeing Peggy again.Â  That one small scene between mother and daughter grabbed my attention and Iâ€™m excited for the next episode.Â  The fallout has to be great.Â  I wonder what Rayna is going to do â€“ Iâ€™m wondering if her pedestal can be that high when Maddie is Deaconâ€™s kid; allegedly.

First off, do any of these kids ever go to school?Â  Granted, I get that most everyone is a vampire, but what about Bonnie, Jeremy and Matt?

Anyway, Jeremyâ€™s dead and Katherine is back.Â  Now that got my attention.

Theyâ€™re off on an island looking for the one-dose cure for vampirism and Katarina shows up out of nowhere (Damon didnâ€™t notice her jumping down the hole), serves up Jeremy to the oldest immortal so that she can steal the cure.Â  Out of everyone, she seemed to enjoy her life as a vampire the most; now she wants to be human?

The Vampire Diaries airs Thursdays at 8/7c on The CW.

How long did it take you to pick up on the fact that a year had passed?Â  Did I miss the â€œone year laterâ€ post at the beginning of the show?Â  I finally caught up when someone said â€œitâ€™s been a yearâ€ â€“ either Cyrus or Mellie â€“ right after seeing a baby that looked a lot bigger than a newborn.

You probably already know the TV-Tacular moment in this episode.Â  Yep, the quickie in the server room.Â  And the verbal slap in the face afterwards.Â  Is it just me?Â  Get over it Fitz.Â  Youâ€™re the most powerful man in the world and youâ€™re still pouting over how you got there?Â  Why not make a difference while youâ€™re there?

Loved how Mellie gave Cyrus all the responsibility for Defiance; sucks how low David sunk, and I am LOVING the creepy Pentagon guy.Â  That was a surprising wrap up!Â  What I hate most about Scandal is that it ends making you want more.

What were your TV-Tacular moments last week?

Merlin "A Lesson in Vengeance" 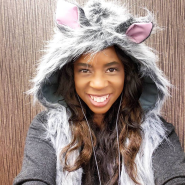